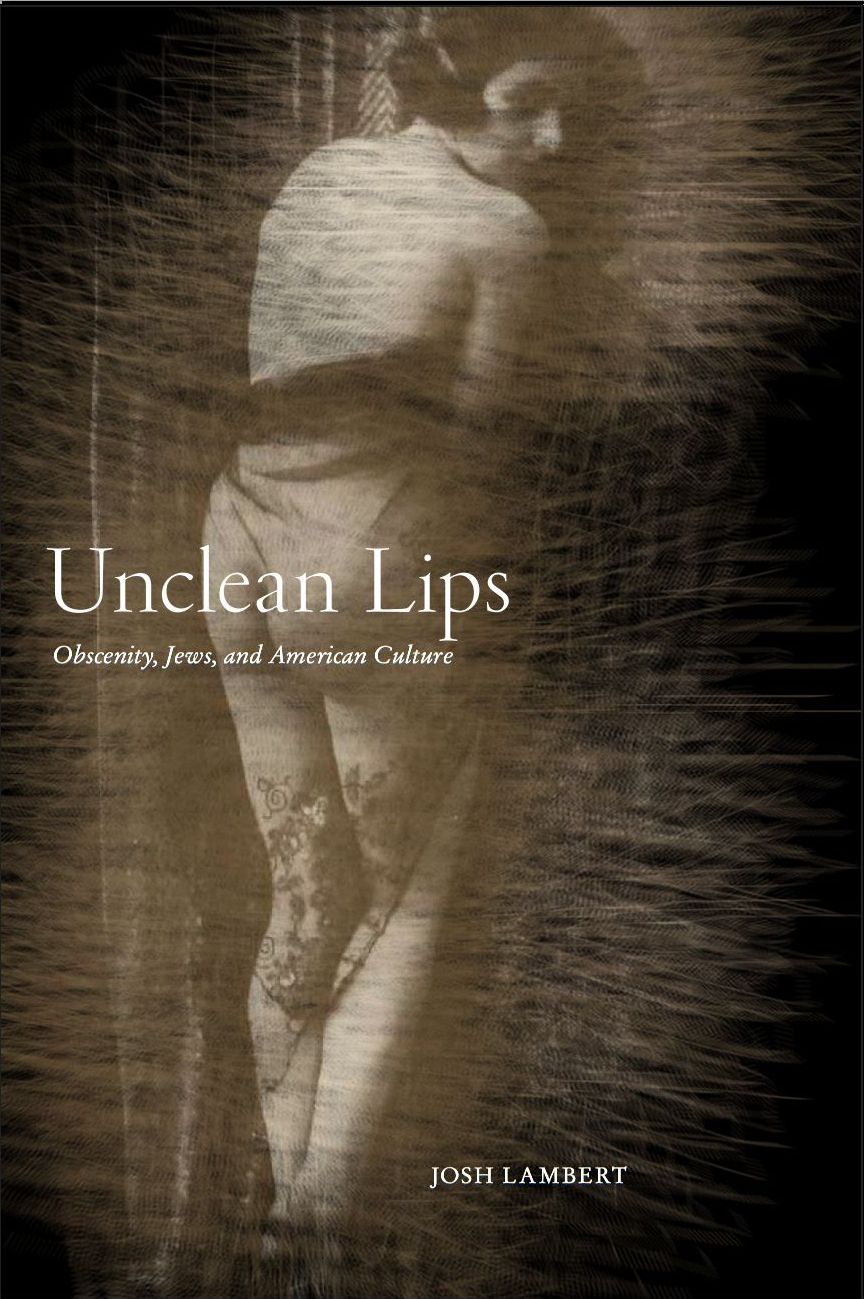 Co-Winner of the Association for Jewish Studies’ 2014 Jordan Schnitzer Book Award in the category of Jewish Literature and Linguistics.

Britt Tevis, American Jewish Archives Journal: “This is a well-written, at times playful, book and is accessible for readers who are familiar with some but not all of the discussed texts. Lambert evidently enjoyed reading, thinking, and writing about his source material. … Lambert’s book constitutes the first effort to understand how Jews were instrumental in the evolution of the legal standard of obscenity and his work reveals profitable future research about Jews and the broadening of First Amendment rights, a literature that is otherwise nonexistent. … a thoroughly researched and thoughtful volume.”

Leslie Fishbein, The Journal of American History: “… brilliant not only for its erudition and wit but also for the freshness and originality of its insights… .”

Jeffrey Shandler, American Jewish History: “… an incisive, nuanced examination of noteworthy figures and works … In each case study Lambert deftly integrates his impressive command of social and cultural history and literary theory, as well as scholarship on law, publishing, religion, and sexuality. Lambert’s general thesis and his analytic approach to individual examples are a model of how to push beyond drawing facile connections between identity and culture, a phenomenon that afflicts much scholarship on modern Jewish literature and the visual and performance arts (as well as, it should be noted, the cultural studies of other identity-based groups). His careful and thorough exploration of the contingencies surrounding each of his case studies demonstrates both how variable are the many connections between Jews (whose Jewishness might mean anything—or nothing—to each one of them) and literary works deemed ‘obscene’ (a label with its own shifting history) and, at the same time, how rich are the possibilities for these connections’ significance.”

Christie Davis, Journal of Contemporary Religion: “Lambert is to be congratulated on … producing a detailed and balanced picture that considers both legal and literary questions. … This book is an interesting and well-informed study of a fascinating subject.”

Stephen J. Whitfield, Marginalia Review of Books: “Unclean Lips … pushes deeply into territory that requires a critical acuity and a scholarly sophistication that the author exhibits on virtually every page. … Lambert’s book is as learned as it is consistently perceptive.”

Naomi Seidman, Chronicle of Higher Education: “[Lambert] seems to be leading a double life: working inside and outside academe; at home in Yiddish and English; and writing for both a university press and a hip Jewish publication. That he has erected no great barriers among those positions is evident from Unclean Lips, which works a larger room than usual for an academic book, not only analyzing obscenity but also availing itself of obscenity’s power and verve. …  he blows open one of the last hidden refuges of Leidensgeschichte, the old tale of Jewish persecution and woe, which thrived, unsuspected, in the Jewish-studies/queer-studies nexus of the 1990s.”

Mikhail Krutikov, Forverts (Yiddish): “Do these three things—Jewishness, modernism, and obscenity—have something in common? These delicate questions are masterfully handled in the new book, Unclean Lips.”

Jesse Tisch, Jewish Book World: “Lambert’s short monograph is consistently interesting and well-written, and it shows exactly how these brash and provocative writers, from Henry Roth to Philip Roth, stared down the prudish, puritanical forces of  censorship, and chipped away at free speech restrictions.”

Sarah Seltzer, Lilith: “Who would have thought that some American Jews at the dawn of this century supported ‘smutty’ literature as a way of entering exclusive cultural circles, rather than getting thrown out?  This is just one of the many surprising, strange and fascinating pieces of literary history found in Josh Lambert’s detailed chronicle of Jews and obscenity in America, Unclean Lips.”

Ian Spiegel-Blum, The Jewish Week: “Lambert, I suspect, has written this well-researched and thoughtful volume to open the door to more discussion, not only about the Jewish role in obscenity and sexuality, but the untold story of Jewish contributions in historical facets of all kinds.”

Rachel Gordan, Religion Dispatches: “Josh Lambert’s Unclean Lips: Obscenity, Jews, and American Culture is part of a growing body of scholarship on American Jews that’s willing to look where others have politely averted the scholarly gaze... In his study, Lambert, a professor of English, provides new angles on the connection of Jews and obscenity, as well as that connection’s surprising relationship to eternal questions about Jewish difference: does it exist? what is it? and wherefore?”

Publishers Weekly: “[H]e presents … engaging material, demonstrating how ‘taboo words and explicit representations of sex were meaningful to American Jews during the 20th-century… in contingent and historically specific ways.'”

Morris Dickstein (CUNY Grad Center): “Josh Lambert undermines many clichés about Jews, obscenity, and even ‘sexual anti-Semitism’ in this engrossing book. He brilliantly navigates us through many episodes of sexual representation, some familiar, some quite unexpected, along with the social and legal conflicts that surrounded them. Lucidly written and arduously researched, this is an exceptional work of cultural history.”

Riv-Ellen Prell (University of Minnesota): “Josh Lambert breaks new ground in his complex, original, and important work on Jews and obscenity. His story weaves together Jewish publishers, writers, birth control crusaders, Orthodox advocates for modesty, and comedians as well as non-Jews writing about Jews. He recenters debates about obscenity on Jewishness, as well as centering them within American Jewish culture. Unclean Lips is a timely and fascinating study of American culture itself.”

Jews have played an integral role in the history of obscenity in America. For most of the 20th century, Jewish entrepreneurs and editors led the charge against obscenity laws. Jewish lawyers battled literary censorship even when their non-Jewish counterparts refused to do so, and they won court decisions in favor of texts including Ulysses, A Howl, Lady Chatterley’s Lover, and Tropic of Cancer. Jewish literary critics have provided some of the most influential courtroom testimony on behalf of freedom of expression.

The anti-Semitic stereotype of the lascivious Jew has made many historians hesitant to draw a direct link between Jewishness and obscenity. In Unclean Lips, Josh Lambert addresses the Jewishness of participants in obscenity controversies in the U.S. directly, exploring the transformative roles played by a host of neglected figures in the development of modern and postmodern American culture.

The diversity of American Jewry means that there is no single explanation for Jews’ interventions in this field. Rejecting generalizations, this book offers case studies that pair cultural histories with close readings of both contested texts and trial transcripts to reveal the ways in which specific engagements with obscenity mattered to particular American Jews at discrete historical moments.

Reading American culture from Theodore Dreiser and Henry Miller to Curb Your Enthusiasm and FCC v. Fox, Unclean Lips analyzes the variable historical and cultural factors that account for the central role Jews have played in the struggles over obscenity and censorship in the modern United States.